Albany’s river front interceptor (RFI) lift station and sewer force main project is well underway and anticipated to be complete in Spring of 2020. Pacific Excavation of Eugene, Oregon began construction on the $7.2 million dollar project in August of this year. The project includes construction of almost 1 ½ miles of 30-inch sewer force main and a new wet weather lift station that is 34 feet deep. The force main portion of the project is now complete with only the lift station remaining to construct. Once completed, the lift station will be capable of pumping 12,500 gallons per min of sewage into the force main to be treated at the water reclamation facility. That’s enough pumping capacity to fill an Olympic-size swimming pool in one hour! 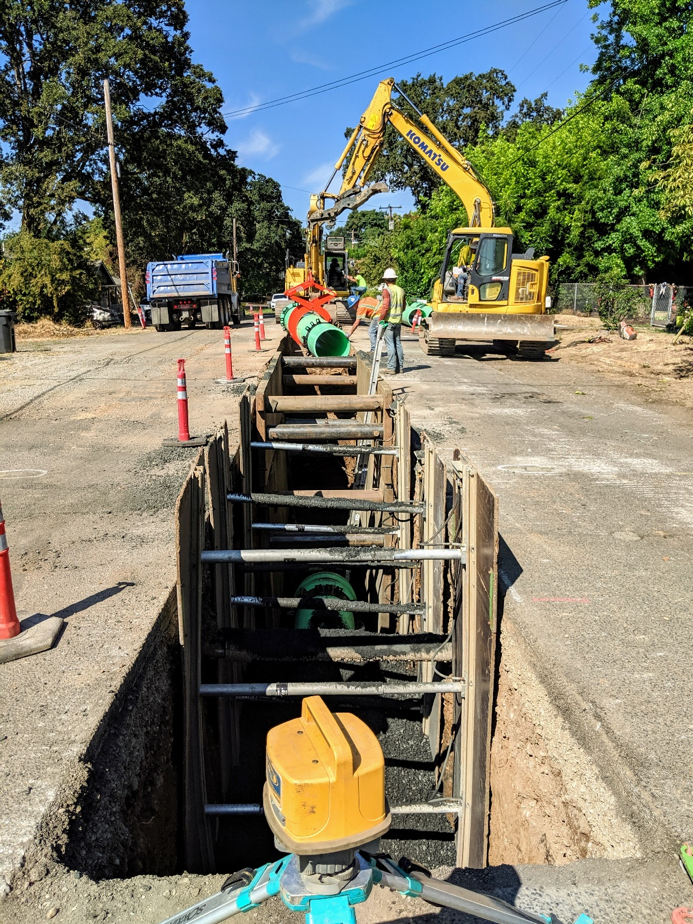 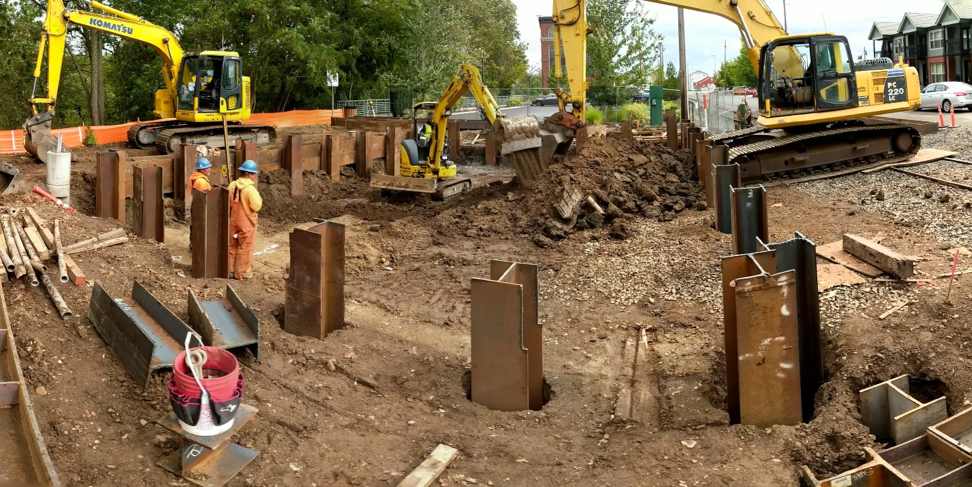 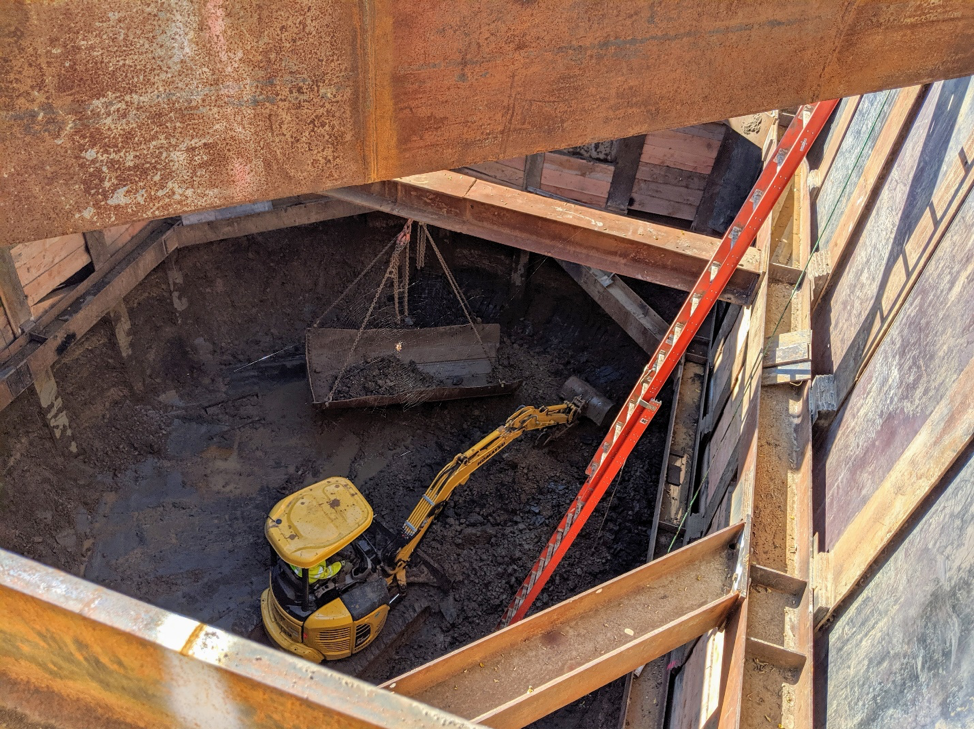 Sewer line construction this summer near the Willamette River should reduce wet-weather sewage overflows and increase capacity to aid development east of Interstate 5. The work totals $11.7 million, paid through a combination of system development charges, utility rates and loans. 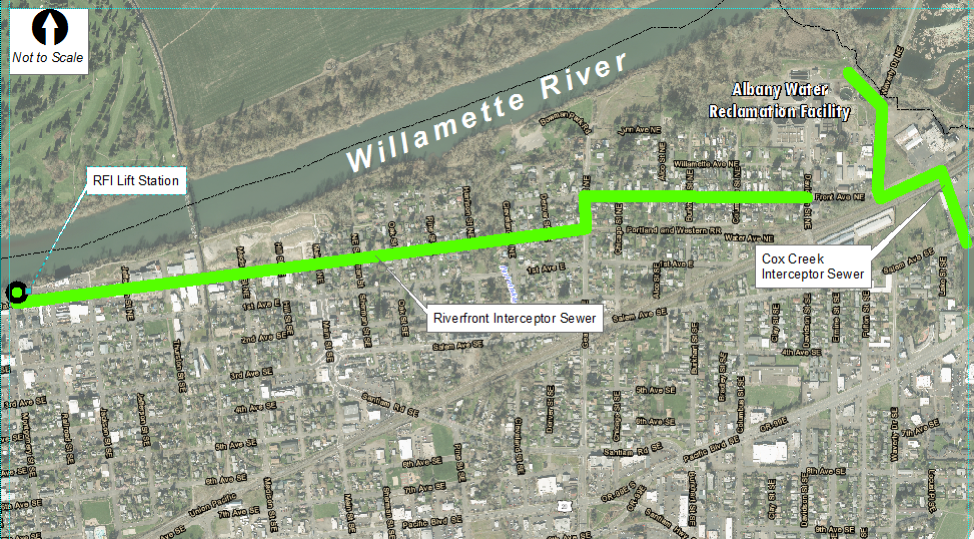 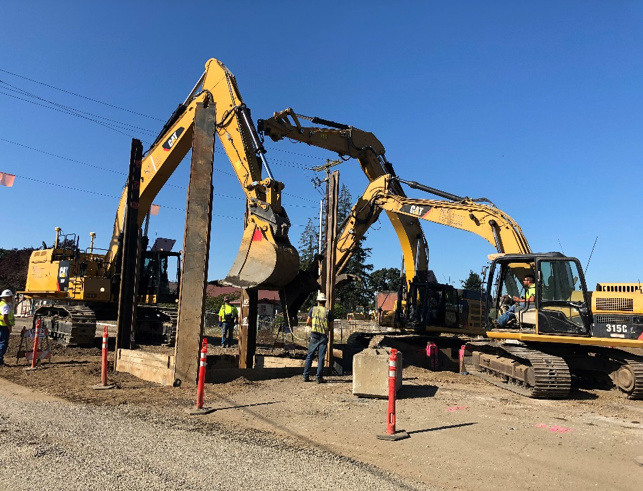 The $4.5 million Cox Creek interceptor sewer project is on Waverly Drive and Front Avenue near Albany’s water reclamation facility (WRF). K & E Excavating of Salem is the contractor. Approximately 2,400 feet of 24-inch and 30-inch sewer line is being installed at depths of over 20 feet. This is the first of several interceptor projects on Cox Creek that will replace existing, undersized sewer line from the WRF to the east side of Interstate 5. Larger pipe will increase capacity and reduce the chances of raw sewage overflows.

The $7.2 million riverfront interceptor (RFI) lift station and sewer forcemain is being constructed by Pacific Excavation of Eugene. The RFI, built in the early 1950s, is Albany’s oldest and largest interceptor sewer. It generally serves the oldest parts of town and was the first interceptor sewer built to deliver wastewater to Albany’s first treatment plant.

Occasionally, stormwater and groundwater infiltration exceeds the RFI’s capacity and raw sewage spills into the Willamette River. The new lift station and forcemain will help address those spills by diverting flow from the RFI during high-water events.

This project includes construction of a new wet weather lift station just west of the Wheelhouse building, between the railroad tracks and the Willamette River; and construction of nearly 1 ½ miles of 30-inch sewer forcemain from the new lift station, east along Water Avenue, north on Geary Street, and east on Front Avenue to Davidson Street. Pacific Excavation plans to have multiple crews working concurrently, with one at the lift station site and another installing the forcemain.

For more information on these projects, call Public Works Engineering at 541-917-7676. 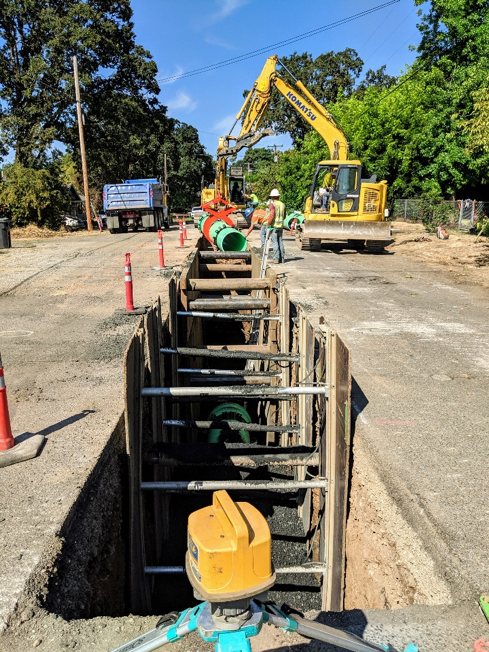 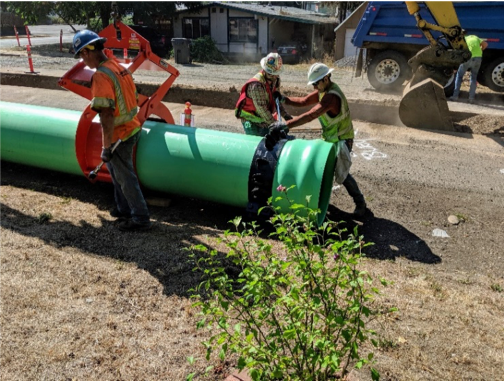