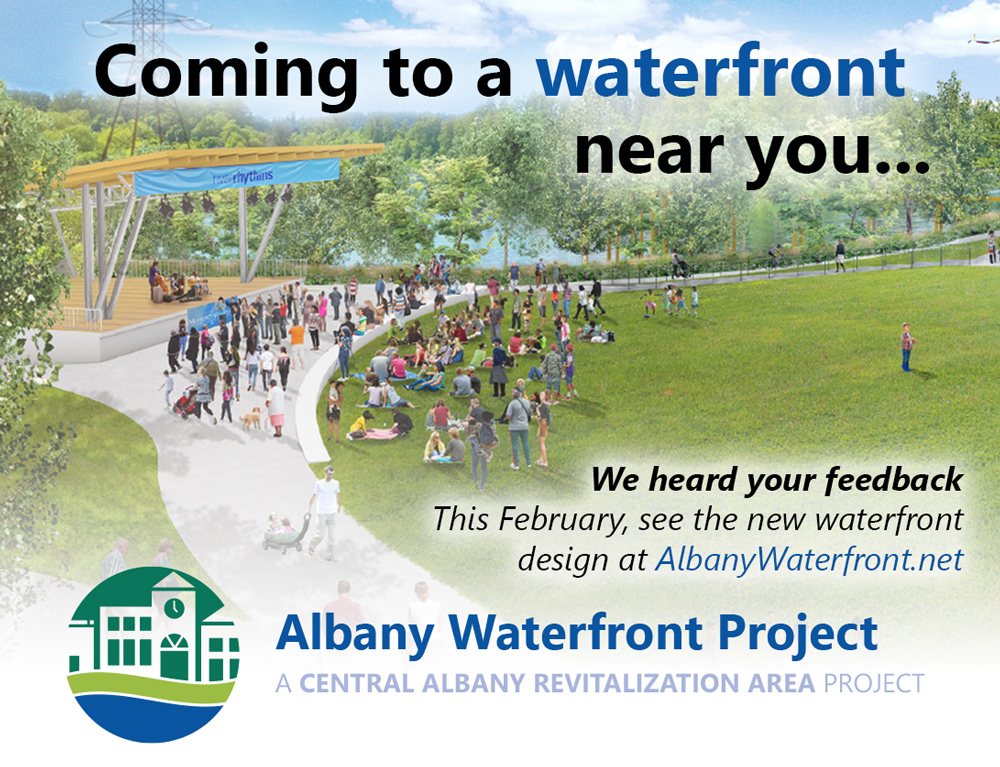 The City is taking the next steps in this long-standing effort to improve Albany’s waterfront and how it connects to downtown.

At the November CARA Advisory Board meeting, the preferred design concept was presented and approved. Public showcase coming soon.

The final design is a product of the community's input over the last several months.

Since January, the Central Albany Revitalization Area (CARA) Board has been working with Rick Williams Consulting to assess parking in the downtown area and develop a long-term strategy to accommodate growth and new development.

Over the last several months, the team has completed a series of reports including:

Based on the findings from these reports, the team has developed a draft set of strategies to address the parking issues identified over the course of the study.

The City of Albany has hired Angelo Planning Group and Crandall Arambula to review and suggest revisions to Albany Development Code provisions in three zoning districts in Central Albany.

The goal of the Central Albany Revitalization Area (CARA) is to increase the economic vitality of the area, encourage the use of vacant and underused land and buildings, and rehabilitate structures while increasing property values both in CARA and the city of Albany. To date, every dollar spent on public improvements in the Albany Revitalization area, has brought in roughly six dollars of private investment.

The City Council serves as the Albany Revitalization Agency. They also serve, along with an appointed counterpart member on the CARA Advisory Board. Advisory Board members generally live or own property or businesses in the Central Albany area.